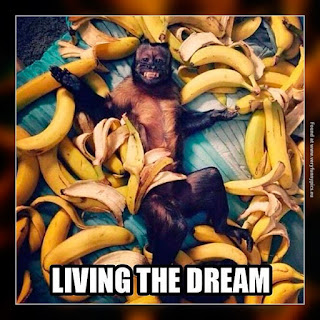 
I have to admit, it has been a bit of a weird week. I have been getting over a chest infection, not like a chest burster infection, but still a major buzzkill. 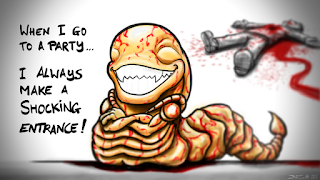 However, I have made a lot of progress on my painting projects. At the moment I am working on a Khorne Lord of Skulls and hell Brute commission for a friend of mine, which are both way past over due, by like a year over due. I am also working on a Bolt Action German Army, a Warmachine Cryx army and a Flames of War German Army.

So first, I post a couple pictures last week on the Lord of Skulls. One of the things that has been holding me up is getting a really good bright red to make the Lord of Skulls really stand out. Most conventional comments  are to use GW this or that. My biggest problem with GWs red are they tend to be very orange looking once they dry. However, I have experimented with a brand of paint called Wicked and they have a red that is really saturated and is very much red. 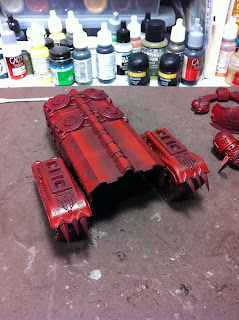 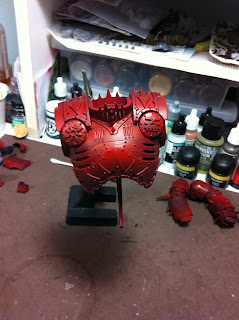 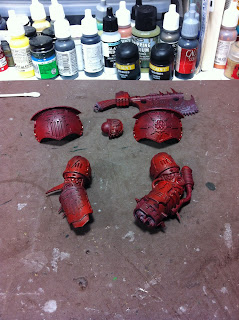 I used the same red on the hell brute as well. I have to admit, I am really please with this color. Its supposed to be airbrush ready, but I used the thinner recommended with it and it flowed through my  airbrush pretty quickly and easily without any clogging or splatter. 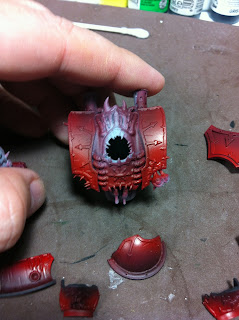 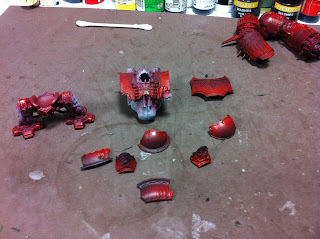 I am really looking forward to finishing up the airbrush work and getting to the details on these models. They are going to look amazing when they are completed. 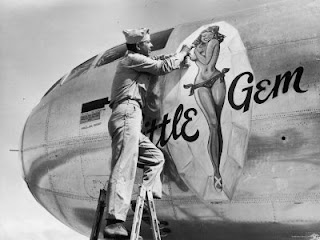 The Bolt Action models are a Stug and a Puma. Both Models are from Warlord games and overall are pretty good. My only gripe is the white metal Warlord games uses for their models is very hard. Its great for holding detail, but I have serious worn out a drill bit trying to pin the parts together. Its also rather brittle, with both the front fender and barrel for my Puma snapping from minor handling to straighten them out to fit. If you notice the Puma has a small piece of brass tubing instead of a cast barrel. Its still looks alright and a decent paint job with hide it away with casual observation. 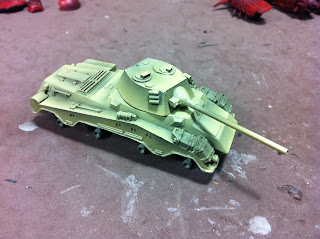 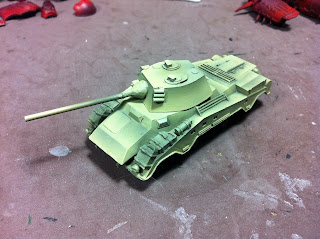 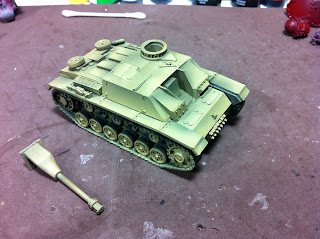 I have been using a technique on most of my airbrushing called light modulation. The basic idea is that you emphasize the lighting to create lights and shadow on  the model that may not be exactly realistic. I was a little skeptical at first using this, but I must admit, the gradation of color really does make the model stand out and when the other details of line shading, camouflage and weathering detail and the models are amazing to look  at.

Lastly I have a couple of Warmachine Cryx bone jacks. I think these little are some of the neatest looking models in the whole army. They are like robotics chickens from hell and have come to kick butt and chew gum. The colors on them are kind of off, they are more of a blue green than the dark blue that shows up on my screen and photo editing doesn't seem to want to correct it, even adjusting for green and blue. Either way, I still think they turned out pretty well and am looking forward to putting them on the table. 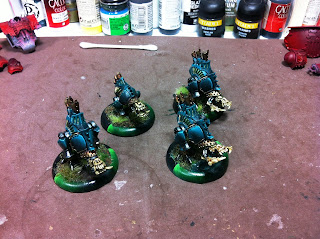 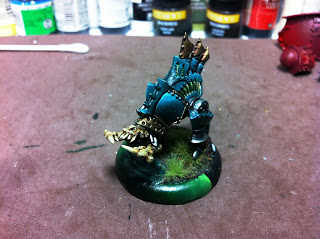 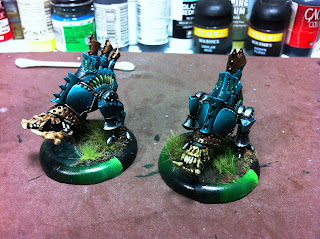 I want to post a link to another band I like. Most of what I like is hard rock and heavy metal, although the current deep guttural doesn't do much for me. Sounds like a guy who is constipated and trying to retch while working at a demolition site.


The band is called Amaranthe. 3 lead singers good drums and has a hard edge to it, but is still musical. It kind of reminds me of some of the rhythms Rob Zombie would come with which were good and catchy. Plus some decent MMA props in the video which I also like.

Hey Gar, not sure how this site works for messaging. Saw something you posted way back in 2012 with dark eldar paint schemes. Looks like a reddish/brown base layer with gold on top and I love it, was hoping to get your tutorial on it so I could try to replicate it. Was posted in "pics of crazy DE paint schemes".

Anyway, great work and thanks for the inspiration!